After The Florida Project wowed me even more than Tangerine did two years ago (I liked that one a lot, too), I decided to check out what else Sean Baker has done. I didn’t know about Starlet. Written by Baker with frequent collaborator Chris Bergoch, it’s the first of three from them so far. It came out before Tangerine, so it seemed like a good place to start. I’m happy to report that Starlet is another winner.

In Starlet, Baker and Bergoch explore morality and female bonding in the context of a cross generational relationship. Jane (Dree Hemingway) is a nihilistic or simply oblivious 21-year-old aspiring actress who just moved to the Valley — the one on the other side of the hills from Hollywood — with her unnamed chihuahua (Boonee). She’s kind of a slacker, spending her days not unpacking her shit but getting high and playing video games with her housemates Melissa (Stella Maeve) and Mikey (James Ransone), a young couple not exactly in tune with each other. They let her stay with them in an extra bedroom that Mikey occasionally uses for “work.”

Jane hits a yard sale at the home of crusty old lady Sadie (Besedka Johnson), who can barely be bothered to answer Jane’s questions about a thermos she spots and wants to buy (she thinks it’s an urn). Jane takes it home and is befuddled when she finds multiple rolls of cash stashed inside it.

Jane tries to return the money — after she spends some of it on a blingy harness for the dog (incidentally, it says “starlet,” which becomes his name). The problem is, Sadie doesn’t give her a chance; she won’t even let Jane talk, dismissing her with a “no returns” shutdown. So, Jane does what any reasonable person would: she stalks Sadie at the grocery store, in the diner, in her garden, and at her bingo games to become her friend and spend the money on her.

Starlet is unique in its pace and its narrative, perhaps even moreso than Tangerine or The Florida Project. It’s offbeat yet warm, and it beautifully captures the tempo of real life: mostly mundane stretches peppered with moments of excitement. Both Hemingway (yes, her great grandfather was the notable author) and Johnson in her only role are both mesmerizing. Radium Cheung’s cinematography is gorgeous; all sunbleached and perfectly framed, it gives Starlet a sunny hue that belies its melancholic sense that this is as good as it gets for these characters, not that anything — fame, fortune, love, a pornstar sex life, retirement, Hollywood itself — is as thrilling as the fantasy.

Starlet lacks the impact of the aformentioned films that follow it — the big reveal at the end is a bit of a dud. However, its real surprise is how damned sweet it is. Hemingway and Johnson interacting with each other are a joy to watch. My big question: what’s in the suitcase? 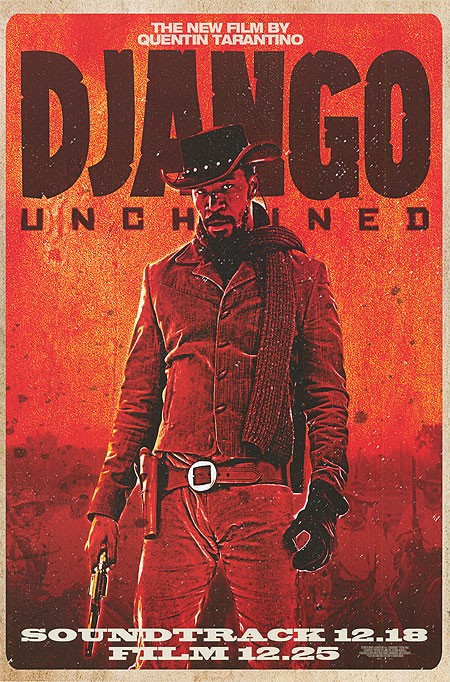 If anyone would take a stab at something that sounds as ridiculous and cringeworthy as tackling American slavery in a spaghetti Western, it’s Quentin Tarantino. “I want to do movies that deal with America’s horrible past with slavery and stuff, but do them like spaghetti Westerns, not like big issue movies,” he said, clearly referring to Django Unchained in a 2007 interview—five years before it came out. “I want to do them like they’re genre films, but they deal with everything that America has never dealt with because it’s ashamed of it.” (http://www.telegraph.co.uk/culture/film/starsandstories/3664742/Quentin-Tarantino-Im-proud-of-my-flop.html).

The title here references Sergio Corbucci’s 1966 film Django, an actual spaghetti Western in which the titular hero, a cowboy, is thrust into a row between Southern Klansmen and Mexican revolutionaries. In Django Unchained, the story starts in 1858—just a few years before the American Civil War. Django (Jamie Foxx) is a slave separated from his wife, the curiously named Broomhilda von Shaft (Kerry Washington), after they were caught trying to escape a plantation. He’s shackled to a group of slaves that the Speck brothers (James Remar and James Russo) are driving on foot to be sold.

Enter traveling dentist Dr. King Schultz (Christoph Waltz), a genteel German driving a wagon with a big wooden tooth on top of it. Schultz is actually a bounty hunter looking for the Brittle brothers—Big John (M.C. Gainey), Lil Raj (Cooper Huckabee), and Ellis (Doc Duhame)—who happen to be Django and Broomhilda’s former masters. He makes Django an offer he can’t refuse: help him find and kill the brothers, and Schultz will pay him, set him free, and help him find Broomhilda.

Django Unchained is structured in essentially three “episodes.” The first takes place in a one-horse town near El Paso, where Schultz provokes the ire of the townfolk, the sheriff (Don Stroud), and a U.S. Marshall (Tom Wopat). The second takes place on a plantation owned and operated by Spencer “Big Daddy” Bennett (Don Johnson—um, wow!). The last, longest, and most twisted takes place on another plantation in Mississippi, the bountiful Candie-Land, owned by charming but sadistic Calvin Candie (Leonardo DiCaprio) and operated by his shifty Uncle Tom house-slave, Stephen (Samuel L. Jackson).

Tarantino actually pulls off what he said he wanted to, and he does it quite well. Django Unchained could have been a really dark film like its immediate successor, The Hateful Eight. The two films have a lot in common. The tension—and there’s lots of it—built into the story is deliberately and profoundly slow in reaching a boil. Django Unchained certainly has Tarantino’s trademark violence, revenge theme, and liberal use of the ‘n’ word—116 times, a record for a film according to IMDB (http://www.imdb.com/title/tt1853728/trivia?ref_=tt_trv_trv). A few scenes are difficult to watch, the “Mandingo fight scene” being the worst for me. Unlike The Hateful Eight, though, the violence here is Tarantino’s typical flagrantly graphic cartoonish gore. He also shows a more conspicuous sense of humor—for example, Django and Broomhilda are ancestors of John Shaft of the Shaft franchise (https://www.google.com/amp/deadline.com/2012/07/django-unchained-a-shaft-prequel-so-says-quentin-tarantino-comic-con-301010/amp/).

Django Unchained is an unlikely and uncomfortable pairing of an ugly part of our collective past with absurdity, but it’s entertaining while still getting its point across: we’re still living with the aftermath. It’s the kind of film you mull over for a long time after you see it.